I'll start this off with an honorary quote from our very own tgII that I saved from elsewhere:


"As a thinker you lose friends damn fast. And now that I think about it, you will have nothing in common with the rest of humanity." - tgII

You liked that one, hey?

“I hope that someday we will be able to put away our fears and prejudices and just laugh at people.”

“Why do people in ship mutinies always ask for "better treatment"? I'd ask for a pinball machine, because with all that rocking back and forth you'd probably be able to get a lot of free games.”

“If you're in a war, instead of throwing a hand grenade at the enemy, throw one of those small pumpkins. Maybe it'll make everyone think how stupid war is, and while they are thinking, you can throw a real grenade at them.”

“If God dwells inside us like some people say, I sure hope He likes enchiladas, because that's what He's getting”

“If any man says he hates war more than I do, he better have a knife, that's all I have to say”

“I hope some animal never bores a hole in my head and lays its eggs in my brain, because later you might think you're having a good idea but it's just eggs hatching.”

“As I bit into the nectarine, it had a crisp juiciness about it that was very pleasurable - until I realized it wasn't a nectarine at all, but A HUMAN HEAD!”

“My young son asked me what happens after we die. I told him we get buried under a bunch of dirt and worms eat our bodies. I guess I should have told him the truth - that most of us go to Hell and burn eternally - but I didn't want to upset him.”

“If you saw two guys named Hambone and Flippy, which one would you think liked dolphins most? I'd say Flippy, wouldn't you? You'd be wrong though. It's Hambone.”

“The next time I have meat and mashed potatoes, I think I'll put a very large blob of potatoes on my plate with just a little piece of meat. And if someone asks me why I didn't get more meat, I'll just say, "Oh, you mean this?" and pull out a big piece of meat from inside the blob of potatoes, where I've hidden it. Good magic trick, huh?”

“Somebody told me it was frightening how much topsoil we are losing each year, but I told that story around the campfire and nobody got scared”

“Consider the daffodil. And while you're doing that, I'll be over here, looking through your stuff.”

“What is it about a beautiful sunny afternoon, with the birds singing and the wind rustling through the leaves, that makes you want to get drunk?”

“If trees could scream, would we be so cavalier about cutting them down? We might, if they screamed all the time, for no good reason.”

“We tend to scoff at the beliefs of the ancients. But we can't scoff at them personally, to their faces, and this is what annoys me.”

“I bet a fun thing would be to go way back in time to where there was going to be an eclipse and tell the cave men, "If I have come to destroy you, may the sun be blotted out from the sky." Just then the eclipse would start, and they'd probably try to kill you or something, but then you could explain about the rotation of the moon and all, and everyone would get a good laugh.”

“I hope, when they die, cartoon characters have to answer for their sins.”

“Whenever I see an old lady slip and fall on a wet sidewalk, my first instinct is to laugh. But then I think, what if I was an ant, and she fell on me. Then it wouldn't seem quite so funny.”

“When I was a kid my favorite relative was Uncle Caveman. After school we'd all go play in his cave, and every once in a while he would eat one of us. It wasn't until later that I found out that Uncle Caveman was a bear.”

“If you ever crawl inside an old hollow log and go to sleep, and while you're in there some guys come and seal up both ends and then put it on a truck and take it to another city, boy, I don't know what to tell you.”

“Instead of building newer and larger weapons of mass destruction, I think mankind should try to get more use out of the ones we have”

" No eternal reward shall forgive us now for wasting the Dawn "

"Hatred of Hitler is the wellspring of the contemporary Jewish soul." -- JBR Yant

"Truth is like a woman - most boring when dressed in a coat and tie, and most interesting when naked."--JBR Yant 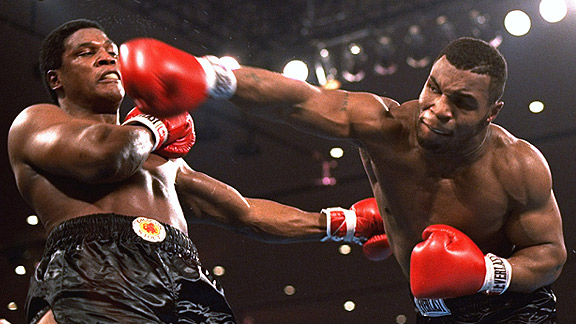 "I'll fuck you 'til you love me, faggot"

"I'm gonna find out where your mother lives, and when I find her I'm gonna shove garbage up her ass, then I'm gonna set that garbage on fire, and then put out that fire with my penis"

"A man who has truth for a friend can have no others." JBR Yant

"I'll fuck you 'til you love me, faggot"

"I'm gonna find out where your mother lives, and when I find her I'm gonna shove garbage up her ass, then I'm gonna set that garbage on fire, and then put out that fire with my penis"

Someone needs to put that silverback down with a headshot.

"Psychiatry is the business of emotional prostitution." -- JBR Yant

"There is no better way to show how we value truth than by keeping it to ourselves." -- JBR Yant

"The Earth isn't dying, it's being killed, and the people who are killing it have names and addresses" - Utah Phillips

"Turning out all the lights and laying somewhere with a great record on is one of the best things life has to offer." -Quinn of Blog Bodies

"While most men think of the phrase 'fuck you' as an insult, in fact most of the men who deserve such an epithet are far too unattractive to arouse even the most desperate and perverted faggot."
-- JBR Yant

This restriction must be kept in mind. What I am about to say does not concern the ordinary man of our day. On the contrary, I have in mind the man who finds himself involved in today's world, even at its most problematic and paroxysmal points; yet he does not belong inwardly to such a world, nor will he give in to it. He feels himself, in essence, as belonging to a different race from that of the overwhelming majority of his contemporaries.

"Some people consider psychotherapy to be mindfucking. Others merely point out that therapist is spelled the-rapist." -- JBR Yant

In Ride the Tiger, he prescribed a so-to-speak apolitical asceticism of contemplation in which a man is advised to act in the modern world, while remaining intellectually and spiritually detached from and above it. Evola argued that in order to survive in the modern world an enlightened or "differentiated man" should "ride the tiger". As a man, by holding onto the tiger's back, may survive the confrontation once the animal ends exhausted, so too might a man, by letting the world take him on its inexorable path, be able to turn the destructive forces around him into a kind of inner liberation.

spiritual racism: "Our starting point will be not the modern theory of evolution but the traditional doctrine of involution. We do not believe the man is derived from the ape by evolution. We believe that the ape is derived from man by involution. We agree with Joseph De Maistre that savage peoples are not primitive peoples, in the sense of original peoples, but rather the degenerating remains of more ancient races that have disappeared. We concur with the various researchers (Kohlbrugge, Marconi, Dacque, Westenhofer, and Adloff) who have rebelled against the evolutionary dogma, asserting that animal species evince the degeneration of primordial man's potential. These unfulfilled or deviant potentials manifest as by-products of the true evolutionary process that man has led since the beginning."

Evola believed that a race of "Nordic" people, anciently emanating from Golden Age Arctic Hyperborea, originally semi-immaterial and "soft-boned", had played a crucial founding role in Atlantis and the high cultures both of the East and West. In Evola's eyes, half-remembered, cryptic memories of a "more-than-human race" once existing in a "northern paradise" constitute the patrimony of the traditions of many diverse peoples. In this occult belief, Evola was additionally influenced by Arctic Home in the Vedas by Bal Gangadhar Tilak, which posited the polar North as the original home of the white Ur-Aryan tribes before their later separation into Western (Hellenic, Roman, Celtic, Germanic) and Eastern (Iranian, Indo-Aryan) divisions.

"At times, I come across as crude or crass, that irritates you when I come across like a Neanderthal or a babbling idiot at times. But I like to be that person. I like to show you all that person because that's who you come to see."

I'm the most irresponsible person in the world. The reason I'm like that is because, at 21, you all gave me $50 or $100 million, and I didn't know what to do. I'm from the ghetto. I don't know how to act. One day I'm in a dope house robbing somebody. The next thing I know, 'You're the heavyweight champion of the world.' ... Who am I? What am I? I don't even know who I am. I'm just a dumb child. I'm being abused. I'm being robbed by lawyers. I think I have more money than I do. I'm just a dumb pugnacious fool. I'm just a fool who thinks I'm someone. And you tell me I should be responsible?"

To a question on whether he feels support from the common fan: "I don't feel love from them because there's no love. They don't know me as an individual; they know me for what I actually do. Because they pay to see me smash anybody. If they're white they pay, [it's] because the only thing they have respect for is my ability as an athlete. But if I was in court and I had to use them to testify against me on my character, they wouldn't testify positively against me and they would think I'm a cad..."

"There are nine million people who see me in the ring and hate my guts. Most of them are white. That's okay. Just spell my name right."

"I think the average person thinks I'm a f**king nut and I deserve whatever happens to me. That's what I believe."

"When you see me smash somebody's skull, you enjoy it."

I find him fascinating. How can somebody not?

"Argument based upon authority is always vulnerable to the possibility that the authority will be dethroned." -- JBR Yant