Smoke 'Em If You Got 'Em

Smoke 'Em If You Got 'Em

A friend of mine just had a quadruple bypass this week. And in a couple days is already walking around and in one month will be basically back to normal for the most part. The procedure and the technology have come a long way.
The clogged arteries were dietary and diabetes related and living an unhealthy lifestyle in every respect.

The doctor took a couple photographs of his lungs while he was opened up on the operating table. So the doctor could later show him what the most advanced scanning technology could not. And that his lungs were blackened to the max. And this is what thirty years of just pot smoking will do to the lungs. Nevermind what cigs can do. When you effect the oxygen and gas exchange in the lungs, you pretty much influence all the other systems of the body and devitalize them. It is...slow suicide in pursuit of satisfaction and pleasure.

even more glad that i stopped smoking tobacco and weed many moons ago, and with my exercise related lifestyle have hopefully purged all crap from within, and i put a lotta shit down there on a 10 year window of smoking , but i still pine for some grass now and then

One more very good reason to raise hemp industrially, not
weed for smoking.

Quicksilvercrescendo, it's incredible how much the lungs can withstand. I really think the main damage one gets is the hundreds of chemicals put in tobacco and that causes lung cancer. Because people in the past used to live a long time and never got cancer. And they smoked pure tobacco all their lives. I'm sure their lungs were tarred though.
I'm sure you can inform your friend that vegetable oils, polyunsaturated oils, margarine and the like are one of the main causes of clogged arteries, not animal fats.

The liver is another hardy organ. Wanted to say that the liver medication lipitor and ursidiol when either or are taken with the antibiotic ciproflaxin it will destroy the liver to the point of liver transplant. So I would be very careful with that.

seraphim, it's probably the tobacco paper, it is manufactured
with acids and some fairly heavy duty chemicals to treat it,
why people would inhale the hot resin and smoke from chemically
treated paper is beyond my ability to comprehend.

Your friend might want to consider getting a vaporizer, smoke free!

Eating weed will send you into oblivion for hours! But yes, that method certainly frees the lungs.

I've been having weird dreams since I arrived here in Texas. I can't hardly sleep. I'm up and down all night. I don't know if it's because I'm not home, but I doubt it's that because I go lots of places and never have this problem. Then I have thoughts maybe it's this hotel room. I don't know why it would be this hotel room, but I have weird thoughts like something is wrong with this room. Of course, it could be the years of indoctrination of spirits and ghost that come to mind. This is not normal because I usually don't wake up thinking those thoughts.

Anyway, tonights dream has really got me wondering what the hell???

So, I dreamed I was in this house. I somehow think I was in this house before. This house seems familiar, but in reality, I don't know this house. It was a big house. It had lots of big rooms with dark wood and red velvet wall paper. My mom was there in my dream. (She died several years ago.)
I have cats (reality) and I seen 3 of these cats in my dream. All my cats are very old (reality) and in my dream I noticed the oldest cat limping when she walked. I went over to check her out and she has a straight pin in her right paw. I was distressed about it and I thought maybe she had stepped on the pin, so I pulled the pin out of her paw. I told my mom what happened with the cat and told her she needed to be careful and keep her sewing pins put away because my cat stepped on it.

Then I noticed my other cat (short haired black cat - reality) and she was having a problem and when I went to check her out, sure enough, she had a couple pins stuck in her paws. I was really confused and getting very pissed off.

So, I pull the pins out and she goes on her way. At this point, I am searching the floor to find anymore stray pins that may be on the floor. I was down on my knees crawling on the floor and rinning my hands over the floor to feel around to make sure there were no pins and wondering where the pins came from. I start yelling, mom, I told you to keep your sewing pins put away...my mom seem to be wondering all over the house and I heard her yell from the other room that she didn't have any sewing pins in the house. At this time, I find my other cat (black long haired cat - and she died when I was visiting south carolina - reality) and this cat was laying down and hiding under some type furniture like a dresser or something and she had A LOT of pins stuck all in her. Like someone had made her some kind of voodo doll or something. I was pulling these pins out by the bunches.
I was thinging OMG and I just kept pulling out the pins and I was thinking WTF OMG...it was so bad I woke myself up. It was scary...

What do you think your dream means Rainyday? I always "heard" that the house is representative of you or aspects of your personality. As far as the room creeping you out, perhaps some residual effect. 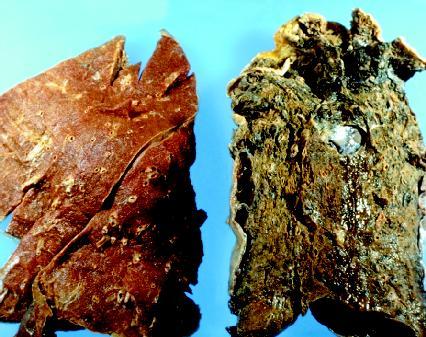 Any stimulant will effect the vagus nerve. And the use of a drug to do so will have side effects just like any other drug.
Along with dependency and/or addiction.

For some apparent reason, smoking for twenty years just does not seem to be a good choice when you look at what happens to lung tissue.

Acetylcholine is the primary chemical carrier of thought and memory. This excitatory neurotransmitter is essential for both the storage and recall of memory, and partly responsible for concentration and focus. It also plays a significant role in muscular coordination . A deficit in acetylcholine is directly related to memory decline and reduced cognitive capacity.

Choline belongs to the B family of vitamins and is a fat-like substance that's necessary to metabolize fats. It is found in lecithin as phosphatidyl choline. Foods high in lecithin include egg yolks, wheat germ, soybeans, organ meats, and whole wheat products.

You can boost your acetylcholine levels by taking supplements of phosphatidyl choline, which is also the form of choline most important to the structure of your neural membranes. Vitamin C and B5 are needed for your brain to synthesize acetylcholine, in the presence of choline acetyltransferase, a key brain enzyme.

Acetylcholine levels tend to decline with age, in part because of a decreased ability to synthesize this enzyme. There also may be an increase in acetylcholinesterase, the enzyme that breaks down acetylcholine. 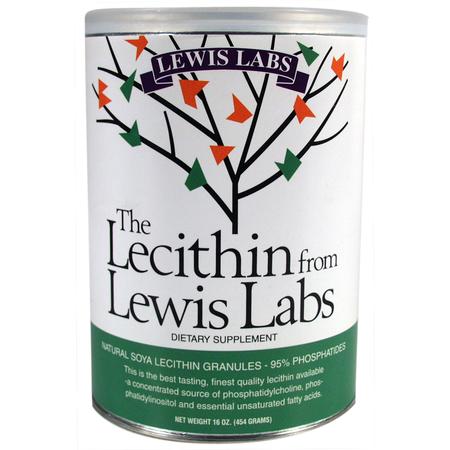 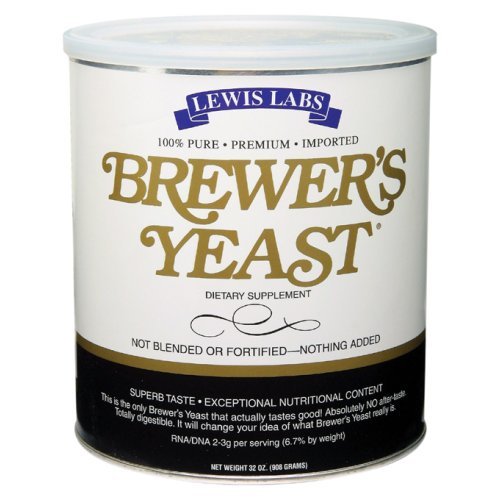 I would agree with QSC on this one for sure. It is an undeniable fact that 100,000's of people die each year in the U.S.A. alone from tobacco related illnesses. Smoking anything is NOT good for the lungs. With that fact in mind, I am surprised to hear such non sense coming from someone as intelligent as Laura Knight Jadczyk.

In that interview we have discussed, I was shocked to hear her defend such an ordeal as smoking tobacco. The same lady talking about her "breathing techniques". Though I believe her "breathing techniques" are useful, the contradiction is still there for anyone to see. Yes, I suppose a case could be made about the "safety" between "manufactured cigarettes" vs. "organic tobacco". But science backs up the facts about smoking and lung cancer.

I have two friends who are respiratory therapists. They love smokers, because if it weren't for smokers they'd be broke. They both see men and woman die of lung cancer every night and they have no emotion about it what so ever. hahaha ... having friends who count on the deaths of others is another subject altogether...

I really don't even know whether she was joking when she mentioned something about aliens preferring "vegetarians that don't smoke". That is complete bullshit, if I've ever heard such a thing. Please understand, that I am not attacking her credibility or her as a person. I think she is an extremely talented woman.

I've had several of family members put in their graves due to smoking cigarettes, and I will never forget it.

Cigarettes are extremely fucking addictive, and I will personally fuck myself over when I give into smoking a cigarette. Interestingly enough, I only conceive of such a thing if I happen to be drinking alcohol. For some reason the two (tobacco/alcohol) are like peanut butter and jelly to me. So I have to be extra cautious if I happen to be out with friends who are drinking and smoking!

With all of that being said, I am not discounting all of Laura's work on "Alternative History", for I think she is extremely well learned.

In my opinion, modern day tobacco is just another population control trick.

I am really looking into getting a volcano vaporizer, to replace my one hitter that I use to smoke weed with. I can personally say that smoking anything really screws with my cardio workouts, and I don't like it.

Smoking can relieve one of certain anxieties, I know because I still struggle with them, but I could never advocate that anyone else should smoke anything!! Forgive me if I sound like the world's biggest hypocrite, I just might be.

Here.......
http://en.heilkraeuter.net/herbs/snowdrop.htm
And have some of this handy just in case.

LOL it doesn't matter at all what Laura does, and whatever she wants to do she'll do, even if a person thinks it's harmful or not, although one right after the other is concerning. It's too bad folks thought all about her being a smoker. I tried out her video on someone who's not into these forums and they said, "That cigar smoking woman is crazy, who gives a two or three year old LSD!" Maybe she should omit that for someone just starting out. If they only knew big pharma does worse and prescribes class II drugs/aka street drugs to kids, and deadly vaccinations, LSD is nothing.
I thought it was strange she would make smoking them a positive thing (reduces the breathe), I
guess she had to tell herself it was good for her somehow. You know mind over matter. I doubt non toxic tobacco smoked in moderation will hurt a person and they should live a long life if other factors are considered as well.

A hint to why Laura likes alot of acetylcholine, to slow down the breathing hmmmm....

Cholinesterase is an enzyme that inactivates acetylcholine molecules at the synapses. The enzyme inactivates the neurotransmitter by splitting it into choline and acetic acid. Inhibition of these cholinesterases, resulting in [b[accumulation of acetylcholine in the nervous system, is quit toxic, because it will paralyse breathing apparatus. [b]Atropine reverses the esterase inhibitors effects by preventing specific acetylcholine binding to the receptor sites, producing synaptic depression, thus neutralizing the toxic effects of anticholinesterases.

Like to know how the vaporizer works out Flames!
Smoked homemade sausage! Delicious!