Chipper and the Chip - The Masonichip

Chipper and the Chip - The Masonichip

Contrary to the title of this thread, the Well Being Thread, this
post is definitely not about 'well being.'

You have to be absolutely fucking shitting me. Who and what are
driving this agenda? Why?

The opening sentence reads, "There is no "chip" in Masonichip as it
stands for Masonic Child Identification Program." Who are these
people attempting to bullshit here, do they think people are that stupid.
If it doesn't stand for 'chip' then use a different name. Aren't these
people just so clever?

Comes under the banner of National Center for Missing and Exploited
Children (NCMEC), chip your kids so you don't 'lose' them and to
prevent them from being exploited. Fuck me. Children born into this
world are already exploited, does debt, war and religion sound exploited
enough? And do you know what really pisses me off, masons like this
guy with his shit eating grin thinking he's doing us all a favor by
supporting a chip in every child's arm with this program. What a
pompous ass.

The guys name is Clifford "Chip" Stamm, the Masonichip Chairman. Chip
has been a mason for over thirty years, well fuckin' blow me down.

A 'compliance officer?' This guy is also an engineer, you mean we've
got engineers planning the lives of children and the children aren't even
his?

He was called 'chipper' since boyhood.

Chipper, I have a question, probably mundane because your so fucking
clever, but I was thinking, a child unfortunately happens to be kidnapped
by an operating pedophilia ring using children to exploit and blackmail
political/corporate leaders, right? Or haven't you figured this out yet?

So the child that is kidnapped just happens to have a chip embedded in
his little arm, the child is picked up by a pedophilia ring and then with a
very sharp scalpel the chip is 'surgically' removed and then pulverized
with a ten pound sledge hammer making tracking the little child
impossible. What then, Chipper?

Any parent doing this to their children doesn't deserve to live.

Chip children like fucking pets, I mean, we've lost it folks, we really
have, we are not even man anymore.

Why are all these masons and world elites some of the most ugly mother fuckers you could ever look upon?

Why are all these masons and world elites some of the most ugly mother fuckers you could ever look upon?

Maybe that's why some of them gather at Bohemian Grove, because the only people who will fuck them, are masons as ugly as the rest of them. They do look very old and crotchedy, I often wonder, are there even any young people lining up these days to become masons?

Allow me if I may, to put your 'wondering' to rest, it's called 'lusting
after the esoteric', trying to get into the inner ring, once in the ring
there's no getting out.

Once you're one of the brethren there's no going back, you just
don't walk into a lodge and say, "Look fellas, I think I've had enough,
I think I'm going to quit now."

Can't explain the ugliness unless once they get to the inner ring
they've destroyed their souls.

"The quest of the Inner Ring will break your hearts unless you break it." -- C.S. Lewis 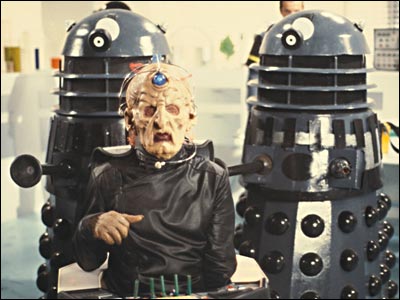 These people are completely fucking insane.

Science is clearly out of control; this can no longer be denied any more.

And lets not use all our time contemplating chip upgrades in our brains.

There are a whole lot of other goodies now available from your friendly surgeon ....as long as you have the honestly acquired funds to purchase these

At first sight , it may look to the unwary , that this paparazzi controlling abomination from down under has been trying hard to work out , lose some flab, get some muscle tone, but on closer inspection , it can be noted that he's treated himself to a six pack download from his local surgeon